Infuse Your Facts With Lyricism 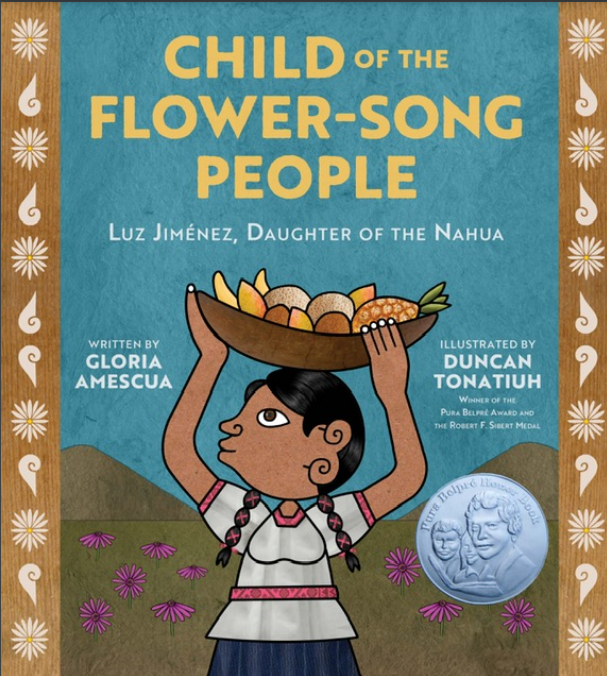 Deepen the reader’s heart connection to your fact-based research using a lyrical approach through figurative language and rhythm. If you are reading this, you know that kids (and adults) love rhythm, sounds and images. You want to know more about how to infuse your nonfiction writing with the lyrical heart connection that’s so important.

I can only tell you what I’ve done for my nonfiction biographies and what I love about other lyrical nonfiction books. I’ll give you a short list (but certainly not inclusive) of books and some strategies to try.

What I did with CHILD OF THE FLOWER-SONG PEOPLE:

When I revised my manuscript from prose to a lyrical approach, I first wrote a poem about Luz Jime... Even though I've written poetry since I was a kid, it felt daunting to write a biography using a lyrical approach. But I'm thankful I did. A poem for me comes from my emotional connection to the subject. It gave me details and metaphors such as "flower-song people," "shadow-people," and "words disappearing in the wind." It also led me to use flowers as an extended metaphor and "flower-song" to represent the Nahua people and their spirit: "The budding flower in Luz's heart might have withered./ But it did not" and "her dream seemed to swirl away forever/ like petals on the wind." I also varied sentence lengths and repeated words, phrases and sentence structures to enhance the rhythm. "Just by being Nahua,/ just by being herself,/ Luz breathed life into xochicuicatl, the flower song of the Nahua,/and carried their fading voice into the future."

The following are examples of how beautifully the following authors have created lyrical/poetic books of nonfiction with poetic devices.

FRY BREAD: Using the rhythmic refrain “fry bread is…,” Maillard describes the literal description of what fry bread is as food with dimensions of size, shape, color and specific sensory details and alliteration, “Fry bread is sound. The skillet clangs on the stove./ The fire blazes from below/Drop the dough in the skillet/The bubbles sizzle and pop.” Then fry bread becomes symbolic of history, place, and the people, “Fry bread is history/the long walk/the stolen land/strangers in our own world/with unknown food….” “Fry bread is nation. /Fry bread is everything.”

SONG FOR JIMI, a biography about musician Jimi Hendrix, fully creates a musical experience through its overall structure as a song, its rhythmic verse, repetition, rhyme, onomatopoetic words, alliteration, assonance, metaphor and voice. Here are several examples: “So Jimmy lived the blues,/ oh, yeah, Jimmy lived the blues,/ from his tattered family tree/to his cardboard-soled shoes”; “He already had the song/but needed a musician,/and there before his eyes/stood a git-tar magician,/ a sonic tactician,/ a Picasso with a pick/painting in the blues tradition.” “Eyes popped,/ jaws dropped/and ears almost bled/when Jimi plucked the fireworks/exploding in his head.”

RISE! Here are a few examples of lyricism: “Momma Henderson—/as tall as a Sycamore, /as dignified as a Queen--/rules the roost”; “the seesaw of the South”; “…the twisting, turning/conga line of language/that pulses across the page”; “…a voice that is/as gravelly and gritty, /as jubilant and joyous/on the page/ as on the stage.” Throughout, Hegedus’ use of metaphor, alliteration, repetition of words and phrases, rhyme, and sentence structure convey the facts but definitely appeal to the heart.

In 30,000 STITCHES, Davis uses the repetition of “the fabric of America with a varying verb to show the evolving emotional healing of our country through the symbol of the 9-11 flag’s repair. Along with alliteration, other repeated phrases, varying sentence length, the text develops a clear rhythm, “The flag wove its way across America--/crisscrossing borders, cross-stitching lives.”  “Throughout the journey, stories of/tragedy transformed into triumph--/repairing scars,/ restoring faith,/ uniting people.”

MARTIN & MAHALIA: Pinkney uses short repeated phrases or sentences with a word change that develop the cadence of a sermon or song, as well as contrast, assonance and rhyme. “She sang the gospel/worked the gospel/led the gospel/spread the gospel” which echoes the words describing Martin’s.  Another example is “They wanted to/lift their gospel gifts higher/grow them bigger/shout them louder/make Americans even prouder.” She also structures the text around the symbol of the journey on a map.

Give it a Try:

You might overdo poetic devices at first and need to cut. (I did.)

You might try something and need to change to totally change it. (I did.)

I hope these examples and suggestions help you as you infuse your facts with lyricism!

Child of the Flower-Song People: Luz Jiménez, Daughter of the Nahua by Gloria Amescua (2021), illus. by Duncan Tonatiuh.

Rise! From Caged Bird to Poet of the People, Maya Angelou (2019) by Bethany Hegedus, illus. by Tonya Engel.

A Songbird Dreams of Singing: Poems about Sleeping Animals (2019) by Kate Hosford. (Individual poems with specific meter and rhyming structure)

The Stuff of Stars (2018) by Marion Dane Bauer, illus. by Euka Holmes 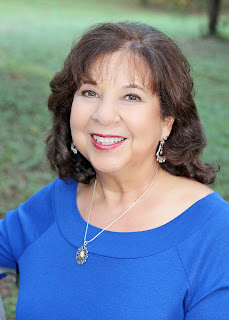 About the Author:
Gloria Amescua’s (Ah MES qua) debut picture book biography, CHILD OF THE FLOWER-SONG PEOPLE: LUZ JIMÉNEZ, DAUGHTER OF THE NAHUA is illustrated by Duncan Tonatiuh (Abrams Books, 2021) and was awarded a Pura Belpré Author Honor.  It was also listed as a Junior Literary Guild Selection, ALA Notable Books and various Best of Nonfiction/Informative lists for 2021/2022. Houghton Mifflin Harcourt published one of Gloria’s poems for their national textbook literature series. Gloria is an educator, poet and children’s book writer. Connect with her on her website GloriaAmescua.com or Twitter @GloriaAmescua.
Posted by Peggy T at 12:09 PM
Email ThisBlogThis!Share to TwitterShare to FacebookShare to Pinterest