When Is It Time To Quit?

Whenever someone asks me how many books I’ve written, I reply proudly, “Dozens!” They’re suitably impressed. And it’s quite true—I’ve written dozens of picture books, poems, stories, and seven full-length novels.

But if they inquire how many books I’ve published, the answer would be quite different. Most of the books I’ve written are unpublished, and probably always will be. 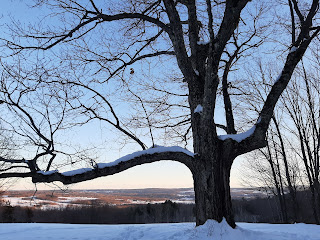 Henry David Thoreau wrote literally millions of words, most of them unpublished in his lifetime. But he never stopped writing. “It is wise to write on many subjects,” he said. “You must try a thousand themes before you find the right one, as nature makes a thousand acorns to make one oak.” Thoreau was not only an author, but a passionate and wise botanist. He knew that the plant which produces only one seed is at risk of extinction, but the plant that produces many has a better chance of survival.

But here’s the terrible question, the one I’ve wrestled with again and again—when to quit a manuscript and move to the next one?

Sometimes there’s a flaw so fatal that the whole project stops in midsentence. I once wrote a biography of a nineteenth-century biologist who studied the weird reptiles known as Gila monsters. He had an uproarious, adventure-filled life, and seemed a perfect subject until my research led me to the unescapable fact that he was an extreme racist. I fell out of love with him, although not with Gila monsters--I wrote about them instead.

But sometimes it’s harder to know when to pull the plug. There’s no one right answer, no magic formula. A clue can be when several people whose judgment you respect point out the same things again and again. (Don’t take one person’s word as gospel, though—always get a second opinion, and a third, and a fourth…) Perhaps when the writing of it feels like drudgery instead of nourishment. Perhaps when the pile of rejections threatens to sap your courage to the breaking point. And perhaps it’s when a new idea is thrusting against the husk of your brain and can’t wait to germinate.

It’s said that the Greek philosopher Plato found his first literary work was not up to his mentor’s standards, and so he threw the scroll into the fire. I could never do that—lose it all forever. But sometimes there does come a moment to click SAVE on the laptop. Once, we authors crammed unpublished manuscripts in dusty drawers, saved them on floppy disks, or consigned them to the dark recesses of cyberspace. But these days, I’m uploading my files to the cloud. I like the idea of my unpublished books floating through the ether, like dandelion seeds on the breeze, drifting off to future possibilities.

Does abandoning a manuscript mean your beloved book will never see the light of day? Far from it. There are always options. After experimenting with new material, I often come back to older work. I might self-publish a nonfiction book on an odd topic and hope to find a niche audience. I could recycle a story into a blog post. I might read a rhyming picture book to my granddaughter as she sits on my lap, a delightful secret between the two of us.

Or someday I might resurrect a book, tweak it just right, and have a triumphant bestseller. You never know which acorn will be the one to touch the sky. One of the things I do when I’m stuck as to what to work on next, is to get my ideas off the computer and onto paper. I take brightly-colored index cards (remember them?) and write each possible idea on a card. Any idea, no matter how crazy.

Then I deal them out on a tabletop or the floor, and play with putting them in order. I arrange them in order of originality, and then in order of marketability, and then which ones would be the most fun to research. Then I line them up in order of easiest, hardest, or most controversial. After a while, one title keeps popping up towards the top of the row again and again. Seeing the possibilities spread in front of me helps me choose which one to put my energy and enthusiasm into next. 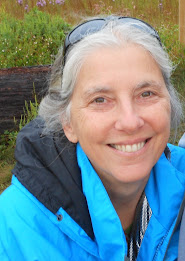 Anita Sanchez is especially fascinated by plants and animals that no one loves, and the unusual, often ignored wild places of the world. Her books sing the praises of the unappreciated: dandelions, poison ivy, tarantulas, mud puddles, deserts. Her weirdest book is Itch: Everything You Didn’t Want to Know About What Makes You Scratch.

A picture book about animals that love mud, Hello, Puddle! is due out in March 2022 from Clarion Books. In fall look for Meltdown: Why Glaciers Are Melting And What We Can Do About It. 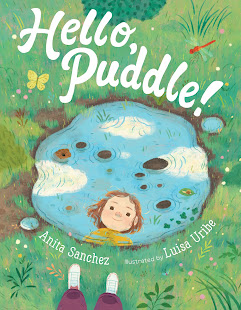