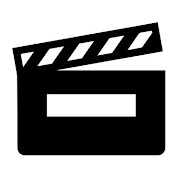 When I write an historical picture book, I see a movie in my head, and the challenge is bringing that movie to the page. Illustrations will partner in the process, but the words I choose need to create scenes, provide action, and invite the reader into the experience of the main character. To accomplish this, verbs take front and center stage.

LIGHTS come first when you spotlight a character, event, and angle to hook the reader. In this thought process, one vital verb guides me—“take away,” as in, What do I want readers to take away? Then, before I start drafting, I brainstorm words that will support theme, character, topics, and imagery—including a list of verbs. Here are a few examples of "priming the pump” and “filling the bucket."

battle, surrender, resist, fight, give up, unite… [An Inconvenient Alphabet]

Then, it’s time to make the past come alive.

The CAMERA carries the reader through the telling. If you examine the “camera” in a story, most often you’ll see it zooms and pulls back—in and out of scenes, from big picture to character interior. If it’s all close, all distant, or hangs in the middle, you lose potential drama that propels a reader.

When I learned about close/deep third person narration, about “proximity” and “psychic distance,” my writing changed. And the secret was in the verbs. “Head verbs,” or “filter verbs,” add an extra layer that distances the reader—the narrator layer. Words like heard, saw, decided, and other “head” actions serve as filters that dilute the action. To bring the reader INTO the main character’s experience, try eliminating these verbs and directly connecting the reader to the main character—go from reporting to experiencing:

She heard a crash. vs. BOOM!

He wondered where it came from. vs. Where did it come from?

This intimacy feels a lot like first person narration, but by using close third, you have greater access to the world beyond that one character.

This same concept is also in play when you move from indirect speech to direct speech. (This choice gets tricky with strict nonfiction.)

Often a story about a person from the past involves a thought process or dilemmas and can be less than exciting on the page. Dig into the interior conflict. Eliminating head verbs enhances point of view, builds character, and “shows” instead of “tells.” Oddly enough, sometimes cutting verbs helps keep a story active.

ACTION is essential to moving a story forward, engaging young readers, and connecting to history in a meaningful way. Even static elements of a story like “state of being,” context, and setting can benefit from some action.

The first and easiest rule for action is to dump BE verbs whenever possible. AM, IS, ARE, WAS, and WERE are empty verbs. THERE WERE and IT WAS beg for replacements, too. Other “verbs of being” such as SEEM and BECOME often don’t contribute much either.

In nonfiction, providing the context readers need to understand the complexities of a different time and place often results in the dreaded information dump. That necessary context impacts character and is integral to conflict, so we need to interlace those ideas.

How do circumstances affect their actions? For example, in Revolutionary Prudence Wright, taxes and boycotts must be meaningful without a convoluted explanation.

No British tea! Prudence grew herbs and made her own Liberty Tea.

No British cloth! She spun flax into linen and wove homespun fabric.

NO British sugar! She boiled maple sap into syrup.

No gloves or garments, no ribbons or buttons, no glass or paper! She would do without. Prudence could live with inconvenience and additional work. But she couldn’t live with unjust laws and stolen rights.

Even physical setting can come alive to enhance character, conflict, imagery, and themes. How would your character perceive the location? In Smelly Kelly and His Super Senses, the reader experiences the setting through the character’s super-senses via active, sensory verbs.

The metropolis hummed. Buildings stretched to the sky. Scents familiar and foreign wafted in the breeze.

Specificity is also golden. Connotation adds depth. The right verb lets you cut adverbs. Or can ring with theme, provide a twist, or add humor.

…unwilling to take liberties with their language. [An Inconvenient Alphabet--American Revolution era]

Finally, we all hear the admonition against passive verbs, where the “actor” is not up front taking responsibility for the action in a sentence, or not mentioned at all. Passives can hide an antagonist and minimize conflict. Reframing amps up the telling.

Tad was frustrated by his lessons. vs. Lessons launched him down the hall and out the door. [Tad Lincoln’s Restless Wriggle]

Verbs are “energizers” that power a story. Of course, like the code for pirates in Pirates of the Caribbean, what I share is more what you call guidelines than actual rules. I confess an upcoming release has WAS in the first and last sentences, and more. It has IT WAS, and some head verbs. But sometimes you need a verb to fade back for something else to come forward. Or need a head verb to make a character present. Or just need the simplest way to state an idea. It’s all about choices to make your movie come alive.

Highlight all verbs in a WIP. Do you see patterns? Overused verbs? BE verbs? Where can you cut head verbs to zoom in? Where can you interlace action with context? Where can you add action or more specific verbs? What differences do your new choices make?

Beth Anderson, a former English as a Second Language teacher, has always marveled at the power of books. With linguistics and reading degrees, a fascination with language, and a penchant for untold tales, she strives for accidental learning in the midst of a great story. Beth is the award-winning author of TAD LINCOLN’S RESTLESS WRIGGLE, “SMELLY” KELLY AND HIS SUPER SENSES, LIZZIE DEMANDS A SEAT!, and AN INCONVENIENT ALPHABET. She has more historical picture books on the way, including three more stories of revolution, wonder, and possibility in 2022. 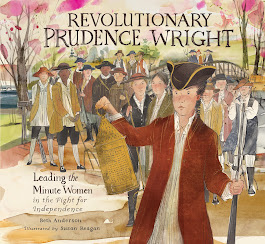