Something wonderful is happening. The once-narrow lens of history is widening, and society’s appetite for diverse stories is expanding along with it. People are clamoring for new truths, especially the re-scrutiny of those who helped shape history in some way, but who were left off the historical timeline because of race, class, or caste. Researchers and writers are happily working to find these unsung heroes so their stories can be shared, and they can take their rightful place on the historical timeline. Here is one method of finding unsung heroes so you can share their stories.

WHAT IS AN UNSUNG HERO?

An unsung hero is someone who commits an extraordinary act (e.g., an act of bravery, innovative discovery, self-sacrifice, etc.), or who beats incredible odds or overcomes great obstacles that were meant to deter, discourage, or annihilate. Yet, because of discrimination, condescension, caste and/or class, she (or he) is deliberately overlooked, ignored and/or left out of the history books and off of the historical timeline. Even if her act is documented, she receives no formal praise, fanfare, or appreciation. 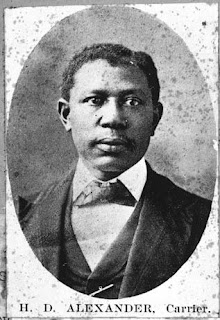 There are many examples of unsung or “little known” heroes out there, like Robert Smalls (a slave who famously commandeered a Confederate ship and freed its seventeen black passengers), Bessie Coleman (first African American/Native American woman to pilot a plane), and Stagecoach Mary (first African American female star route mail carrier in the US). These heroes are only just beginning to be recognized for their historic contributions, but there are many other unsung heroes out there whose stories have not received a single mention. Why? Because they have not yet been discovered.

HOW DO YOU UNCOVER SOMEONE IF YOU DON’T KNOW THEY EXIST?

For this article, I offer an “unsung” hero I discovered several years ago – a man named Hinton D. Alexander. 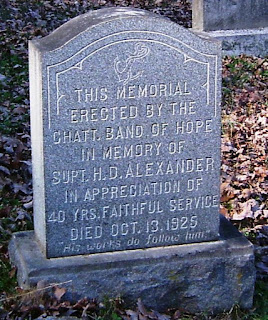 I was visiting an older section of a well-known African American graveyard in my city, searching for information on a prominent citizen I wanted to feature in my first book, African Americans of Chattanooga. As I searched, I stumbled across the gravestone of one, Hinton D. Alexander. I snapped a photo. The inscription read:

“This memorial erected by the Chattanooga Band of Hope in memory of Supt. H. D. Alexander, in appreciation of 40 years of faithful service. Died October 13, 1925. His works do follow him.”

I was instantly curious. I had not heard of this man, but he was buried in the “prominent” section of the black cemetery, so I set about discovering what he had done for the community. I took the date from the headstone and pulled his obituary from the local history department’s digital files.

The obituary did not divulge whether he had ever been a slave, but it announced with pride that he was the first Chattanooga African American to go to college -- Fisk University, where he soon became one of the original Jubilee Singers.  These Singers performed before kings and queens in Great Britain, Holland, Germany, Switzerland and beyond.

Next, I contacted Tennessee State University library archives and found this image. Hinton D. Alexander is in the center with his arms folded: 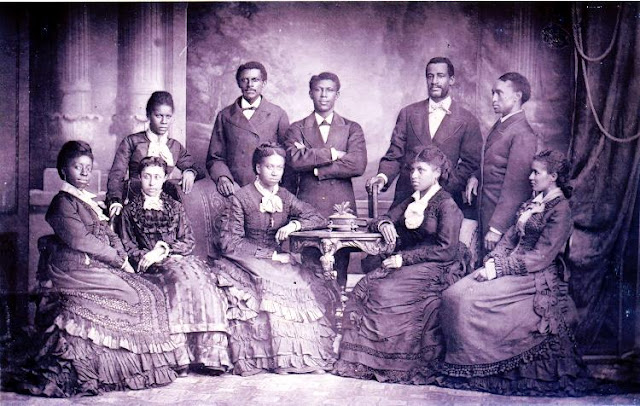 Hinton and the Fisk Jubilee Singers used their voices to raise money to build a dormitory to house students on the Fisk campus.  Once Hinton’s tenure with the Singers was over, he returned to Chattanooga and served as a mail carrier until a few years before his death in 1926. I found all this because I stumbled upon a gravestone.

Summary: Is Hinton D. Alexander an “unsung hero?” The question (and answer) is relative. Some may feel he was just a black man who went to college, sang in a group, and lived out his last years as a mail carrier. I see him as an unsung hero. He entered college a mere five years after the end of the Civil War, so education (and freedom) for blacks was relatively new. Because there were no funds for buildings to house the students on his campus, Hinton and his colleagues traveled across Europe and raised money by singing before kings and queens.

WHY ARE UNSUNG HEROES IMPORTANT?

Celebrating unsung heroes is important because their stories add depth to the timeline of history and gives students, history buffs and the world at large a fuller sense of the events, mindset, struggles and accomplishments of the past. It fills in gaps and helps readers, writers, and historians see the world through a different lens. Through these stories, young readers understand that one does not need to be rich, famous, white, or powerful to be a hero. So-called “ordinary” people can be heroes, too.

WHERE TO FIND UNSUNG HEROES

So where do you find unsung heroes? Anywhere and everywhere… but if you need a more specific starting place, try these:

Choose your first “unsung hero.” Visit an old graveyard or a historical marker you may have passed and never noticed. Choose a grave (or marker), then take the information to your local history department, pull the obituary, and begin to fill in the blanks in your hero’s story. You never know what you will find. 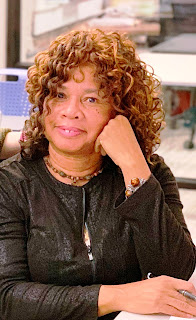 Award-winning author Rita Lorraine Hubbard is a retired special education teacher of 20 years who now champions unsung heroes whose stories need to be told with courage and heart. Her books, The Oldest Student: How Mary Walked Learned to Read; Hammering for Freedom: The William Lewis Story; and African Americans of Chattanooga: A History of Unsung Heroes, have garnered honors and awards that include the New Voices Award, the East Tennessee Historical Preservation Award, the 2021 Floyd’s Pick Honor Book Award, and the 2021-2022 Texas Bluebonnet Master List Award. Rita has an advanced degree in School Psychology and owns and manages The Black History Channel. 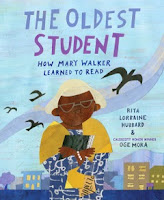 Rita Lorraine is offering one free copy of THE OLDEST STUDENT to the winner. Bookplate included.
Posted by Lisa at 3:00 AM
Email ThisBlogThis!Share to TwitterShare to FacebookShare to Pinterest
Labels: research, Rita Lorraine Hubbard