Monuments of Words: Sculpting a Biography in 10 Steps

I was a college student in Washington, D.C., as the nation’s bicentennial approached. Not yet gentrified, D.C. was still a Chocolate City. In those days before Metro opened, I did not own a car. So, I relied on buses to navigate.

The D.C. traffic circles that unnerved me as a driver set me off as a bus rider. I had never seen so many statues of white men. Surely, they weren’t the only historical figures worthy of immortalizing. Enraged, I imagined the statues toppled by a coming revolution. 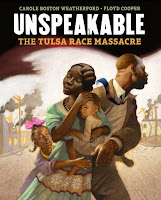 As I noted in the picture book Gordon Parks: How the Photographer Captured Black and White America, the young photographer had a similar attitude on his first assignment. “He passes statues, monuments, and memorials to mighty heroes. But there are enough photos of white men carved in marble and granite.”

Last year, the racial reckoning over the police killing of George Floyd actually did bring some statues down. By then, I had forgotten my earlier visions and had begun erecting monuments myself. Not of granite or marble, but with words. Words honoring African Americans who had been omitted from, or given short shrift in, textbooks and children’s books. For me, documenting Black culture and heritage is a political act. 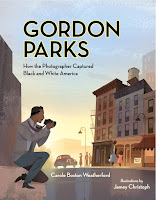 I am no Michelangelo, but I do consider myself a sculptor of sorts. So, allow me this extended analogy as I share 10 steps to crafting biographies.

1. With subject in mind, go to the riverside for clay. Dig deep, filling bucket after bucket and then returning for more. Better too much to work with than not enough.

2. With hunks of clays, or stacks of books, in hand, envision a pose, a style, that lends a unique perspective or approach.

3. Wedge the clay to rid it of air bubbles—trivia, unknowns, or unverifiable tidbits—that could cause weaknesses in your story.

4. Mold the clay. Shape your character and their story from inside out—molding not only their exterior, as a sculptor would, but also their interior life.

5. Keep the clay moist and malleable. View the work from different angles to see what’s missing or off. Stay open and loose early on.

6. For the sake of coherence and style, use transitions and golden threads the way sculptors use slip—a clay and water mixture to join component parts.

7. Send the work to the kiln, only when the subject is so life-like that it gives you the nod. Then the biography, your monument of words, is almost ready to pitch.

8. After firing, paint or glaze the sculpture. Yes: more editing and revising.

9. Keep your pitch brief but distinctive, like an inscription on a statue’s pedestal.

10. Imagine your masterpiece cast in stone or bronze for future generations to behold.

In 25-50 words, write the inscription for the pedestal of statue of your biographical subject.

Carole Boston Weatherford, author of Unspeakable: The Tulsa Race Massacre, has over 50 books, including three Caldecott Honor winners: Freedom in Congo Square, Voice of Freedom: Fannie Lou Hamer, and Moses: When Harriet Tubman Led Her People to Freedom. Recent releases include Beauty Mark: A Verse Novel of Marilyn Monroe, BOX: Henry Brown Mails Himself to Freedom, By and By: Charles Albert Tindley, The Father of Gospel Music, R-E-S-P-E-C-T: Aretha Franklin, The Queen of Soul, and The Roots of Rap: 16 Bars on the 4 Pillars of Hip Hop. She teaches at Fayetteville State University in North Carolina.

Posted by Lisa at 6:00 AM
Email ThisBlogThis!Share to TwitterShare to FacebookShare to Pinterest
Labels: biographies, Carole Boston Weatherford