Listen to Your Heart - and Winston Churchill 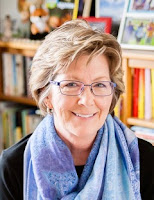 I like the accurate version better, because it assumes the listener has good sense.

One particular nonfiction manuscript tested my good sense—and my perseverance.

Back in the late 90s when I started writing, I was determined to create funny picture book stories. Editors were determined to reject them.

Then I saw a biography contest announced in the Children’s Writer newsletter. Entries were to be under 700 words, targeted to kids’ magazines, and feature anybody notable, living or dead. Eh, why not? Nobody wants my fiction.

I devoted the next month to researching/writing about Morris Frank (first blind American to use a guide dog), Virginia Apgar (the physician who created the Apgar scoring system for newborns), and river activist Chad Pregracke.
A few weeks later I got a phone call from one of the judges. After identifying himself, his first question to me was: “May I ask…how many entries did you send?”

Uh-oh. Instantly it occurred to greenie me that maybe you were only supposed to send one. My heart started pounding. “Was there a limit?” Had I missed something in the rules? I felt the burning sting of idiocy.

“No,” he said. “There was no restriction. I’m just curious.” 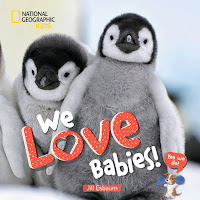 All three manuscripts were quickly accepted for publication. Fired up, I wrote another nonfiction piece, also published—an incident from the life of Calvin Coolidge.

The universe was tossing me a soft lob:  Here’s a clue.

I missed it. Thud.

Instead, I kept writing fiction picture books, because—whew! —they’d started selling. For the next six or seven years, I wrote no nonfiction.

In 2007, while researching a topic from the 1920s I intended to fictionalize, I stumbled onto a guy who was my favorite kind of hero:  The flash-in-the-pan.

You know how it goes:  Somebody does something unbelievably gutsy or selfless, their name is splashed across the front page of every newspaper in America … and a decade later nobody remembers their name.

His name was Jack Knight, a gutsy airmail pilot who, in 1921, accomplished a feat nobody thought possible. It involved a dramatic all-night flight over unfamiliar territory, through a raging blizzard, in an open-cockpit bi-plane. To deliver mail. Well, sort of. There’s lots more to it that I won’t go into here. But he was HUGE news. You know, for the next week or so.

My then-agent sent the manuscript to 8-9 publishers over the next couple of years. Rejections trickled in. One editor said she “loved” it …but then she couldn’t get the rest of her staff on board. (If only, they said, the flight was carrying life-saving medicine to an isolated village, rather than “just mail.” Sigh.) My agent advised me to put the manuscript in a drawer for a while.

I had no choice. But I wasn’t giving up on it, wasn’t giving in. In my heart I knew it was a cool story worth publishing. Someday it would find a home.

A couple of years went by. I asked my agent to send out the Knight manuscript another time or two. Or five. Nothing. Well, one lowball offer was rescinded during the negotiation process. Back into the drawer.

Still, my heart couldn’t give in to defeat.

About this same time, I fell into writing series books for National Geographic Kids. Those helped me (re)discover how much I loved researching and writing nonfiction.

In 2018, I mentioned my Jack Knight manuscript to my now-agent, Tricia Lawrence. She sent it to one (brilliant) editor…who made an offer.

Finally, finally, somebody besides me understood that the story wasn’t about the mail. It was about a person who believed in something so strongly, was so determined to succeed, that he was able to push himself (nearly) beyond human endurance to make it happen. (And then I got to add gobs of back matter that was about the mail, the history of which is riveting. Who knew?)

So here I am, living proof that, if your good sense and nonfiction-loving heart is telling you to hang in there for a manuscript, then you hang in there.

Meanwhile, I’ll be chasing down the universe to ask for a do-over.
This time, I won’t miss.

Jill Esbaum is the author of 40 children’s books, both fiction and nonfiction. Her newest picture book is We Love Babies! Her 23rd nonfiction title for National Geographic Kids, Little Kids Big Book of Where, will be published in April.


Jill co-hosts (with NF Ninja Linda Skeers) the Whispering Woods Picture Book Writing Workshop. Learn more about the workshop or Jill and her books on her website (www.jillesbaum.com), on Facebook at Author Jill Esbaum, or on Twitter @JEsbaum.

Jill Esbaum will be awarding a critique of any type of nonfiction picture book.

Posted by Lisa at 6:00 AM
Email ThisBlogThis!Share to TwitterShare to FacebookShare to Pinterest
Labels: biographies, Jill Esbaum, persistence