Keep It Simple: Tools to Help Strip to the Essence of a Story 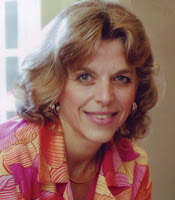 In many ways, I am totally unqualified to write this post. I am a “pile” not a “file” kind of person. I am easily awed, easily overwhelmed, and too easily distracted. I have an eclectic personality and am deeply interested in an ever-widening range of topics, from meteorology to theater, evolution to modern dance, lightning bugs to computer viruses and so on.


But in another way, I suppose, this makes me exactly The Right Person, as Peter Mark Roget would say, to tackle the topic of clear, simple nonfiction writing. In order to rein in my expansive interests and my ever-wandering attention, I NEED to have a strategy to pare down the piles of research materials and begin to spin them into an elegant, coherent, simplified narrative.


In my view, all excellent picture book texts are three things: eloquent, informative, entertaining. Even if the text itself is longer than usual, the story is somehow anchored by carefully chosen images and rhythms that make it seem, well, —seamless!


So, how is this accomplished?


First, there is the copious research on the part of the author. Research that is done before, and also during, the writing of the manuscript as aspects of the subject’s life begin to glimmer and shine like small gems in a mountain of patiently mined soil, gravel and detritus. This might include travel to the places where the person lived and worked, viewing films, listening to audio recordings, conducting interviews, reading diaries, books, journals, newspapers, and personal family documents in addition to the online and reference book reading.


And therein lies the great paradox of simplicity: it derives from the long, exhaustive, sometimes tedious but oh-so-rewarding, gathering of and studying your raw materials. By this I mean that IF you spend enough time learning about your subject, you begin to feel like they are sitting right next to you when you begin to write. You become a portrait painter, except you wield words, not paint. Above my desk, I have this quote by artist Jamie Wyeth, who takes it one step further: “When I work on a portrait, it’s really osmosis. I try to become the person I’m painting.” 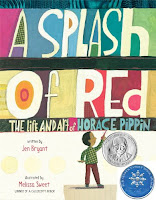 For example, in reading the war diaries of self-taught painter Horace Pippin (the subject of my biography A Splash of Red) and in combing through more than a hundred  archived newspaper and magazine articles, after seeing as many of his original works of art as I possibly could, in viewing a film and flipping through files in the basement of the Pennsylvania Academy of Fine Art in Philadelphia and walking up and down the sidewalks and alleyways of his West Chester neighborhood, two distinct images emerged: the color red (flowers in his garden, discarded barn/ house paint that he used for his art, blood from WWI battles, fire in his wood stove, etc.)  and his own big hands, which were constantly working, shaping, making something beautiful and useful. “Big Hands” was, in fact, a working title of the manuscript for a while—until Melissa Sweet (also a lover of the color red) suggested that we pluck the phrase “a splash of red” from the text for the final title—a suggestion that proved to be a really good one!


Please note that I said “emerged.” This is important because if you stop short of doing enough deep research, you may end up imposing an image onto your narrative that doesn’t quite work. I see this sometimes in published books and it makes me cringe, because I know the writer didn’t dig deeply enough. If, however, you are faithful to the process and do as much deep digging as you possibly can, spending days/weeks/ months immersed in the wonderful soup of your subject’s life, then I guarantee that images will emerge that you can use as the hub of your wheel and around which you can spin the rest of your narrative.


In my biography A River of Words: The Story of William Carlos Williams it was the Passaic River that revealed itself to me after months and months of sifting through his poems and personal writings, visiting Rutherford and Paterson, NJ, and combing through hundreds of fascinating details of his life as a pediatrician and poet. There were other images, too, but I kept finding the word “flow” in my notebooks whenever I summarized a period of his childhood or tried to describe his first halting efforts at writing poems. This became the title and the central image around which the rest of the text could unfold and flourish. 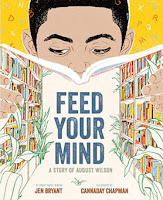 In FEED YOUR MIND: A Story of August Wilson, my challenge was to reveal how the young Freddy Kittel, raised by his mother and living with his siblings in a cramped, 2-bedroom apartment with an outhouse in back, found his voice, his writing process and his lifelong subject: his own Pittsburgh neighborhood and the struggles of African Americans in the 20th century. Again, above my desk, I kept Wilson’s own words as I wrote: “I just write stuff down and pile it up, and when I get enough stuff, I spread it out and look at it and figure out how to use it.” And oh my, did I have piles of stuff!

But again—one of the things that I kept coming back to was his voracious appetite for language and learning. Here was a young man who, at 175 pounds-strong, angry and bitter after being disbelieved by teachers and mocked and bullied by students, could have done a LOT of other things with his time once he quit school. But . . . and this is where fact is more unbelievable than fiction . . . he decided to spend his days reading across every subject imaginable at the Carnegie Public Library. Words like “voracious” “hunger”, and “devour” can become cliché, for sure, when applied to reading and books. But Wilson’s 1999 speech title “FEED YOUR MIND—the Rest Will Follow” became the keystone of the text, the central image around which the remainder of the story could freely spin.

Jen Bryant writes biographical picture books, historical novels in verse, and poems for readers of all ages. Her books have received the Sibert Medal, two Caldecott Honors, two Schneider Family Book Awards, the Orbis Pictus Award and a Charlotte Zolotow Honor. Jen’s latest book Feed Your Mind—A Story of August Wilson, was inspired by her local theater company and is illustrated by Cannaday Chapman. She lives with her family in Glenmoore, PA, where she feeds the birds and cheers wildly for the Phillies.

Jen Bryant will offer a signed copy of either A Splash of Red: The Art and Life of Horace Pippin OR a signed copy of FEED YOUR MIND: A Story of August Wilson, plus a signed promotional poster for FYM. Winner may choose.

Posted by Lisa at 6:00 AM
Email ThisBlogThis!Share to TwitterShare to FacebookShare to Pinterest
Labels: biographies, Jen Bryant, research